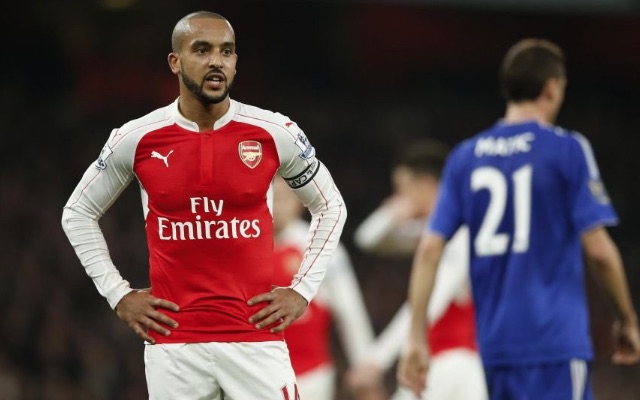 Arsenal are often criticised for being soft.

They certainly were on Monday night as they went down to Crystal Palace with a whimper, losing 3-0 at Selhurst Park.

It is said that they lack leadership and have done ever since former captain Patrick Vieira left the Gunners family in 2005.

None of Arsenal’s post-Vieira skippers have been able to dominate the dressing room like the big Frenchman did.

However, the main problem with Arsenal captains in recent years has been their inability to get into the team!

Not since November 2014 have Arsenal named their club captain in a Premier League starting XI.

That man was Mikel Arteta, who wore the armband in a 2-1 defeat to Manchester United.

Arteta left Arsenal last summer, when he passed on the club captaincy to Per Mertesacker, who has not had a single minute of first-team action this season.

Theo Walcott led out the Gunners at Palace. Nuff said.

The fact Theo Walcott is captain at the moment tells you everything you need to know about the manager – he's happy to reward mediocracy.

Theo Walcott captain of Arsenal Football Club loooooooool – do me a favour , from Tony Adams and
Patrick Viera