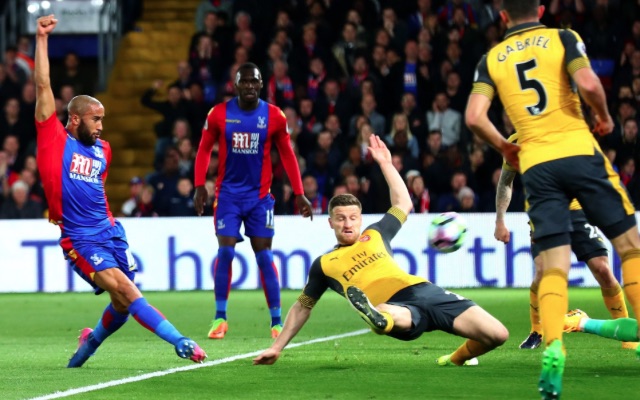 The former Spurs star broke the deadlock on 17 minutes when Arsenal’s players stood like statues as an off-balance Wilfried Zaha slid in a square pass from the right corner of the Gunners penalty area.

Townsend reacted faster than Mohamed Elneny and all of Arsenal’s defenders to score his third Premier League goal of the season.

If Arsenal lose tonight they will be 14 points behind rivals Spurs, with just one game in hand.

A win for Palace will put them six points clear of the relegation zone.