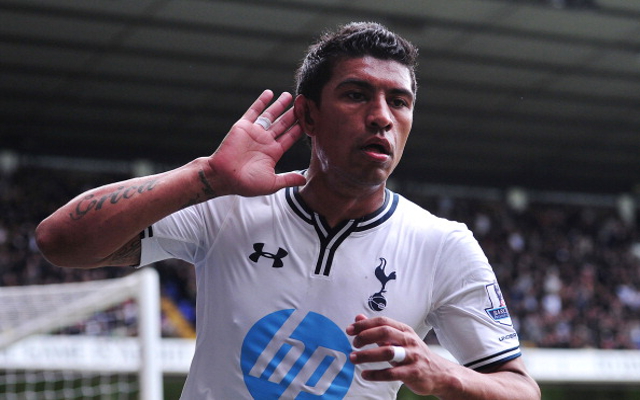 Paulinho established himself as one of the best players in Brazil during his time with Corinthians. His good performances in his home country did not appear to go unnoticed, as then Tottenham manager Andre Villas-Boas made his move to sign him.

However, Paulinho failed to replicate his Corinthians performances in a Tottenham shirt, and subsequently fell majorly out of favour at White Hart Lane. He joined Chinese Super League side Guangzhou Evergrande, where, according to The Sun, he is earning £90,000-a-week.

Despite appearing to call time on his career at the top level, it appears as though one of Europe’s biggest sides are interested in securing his services.

The Sun report that Bayern Munich are interested in signing Paulinho. The tabloid believe that Bayern manager Carlo Ancelotti is impressed with his versatility and thus wants to add him to his squad at the Allianz Arena.