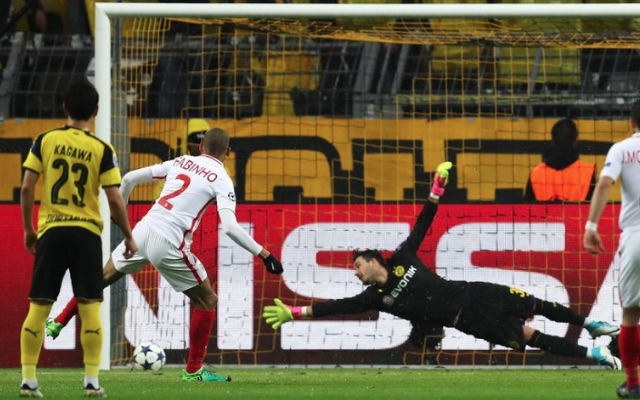 There was widespread shock when the Brazilian fired wide on 16 minutes, as he had scored with every single one of his previous 15 pens for Monaco.

Roman Burki didn’t even have to make a save, but the Dortmund goalkeeper was picking the ball out of his net moments later when Kylian Mbappe bundled home for his 20th goal of the season.

This match was originally scheduled for for Tuesday, but it was postponed following a terrorist attack which caused damage to the Dortmund team bus and left defender Marc Bartra with a wrist injury.