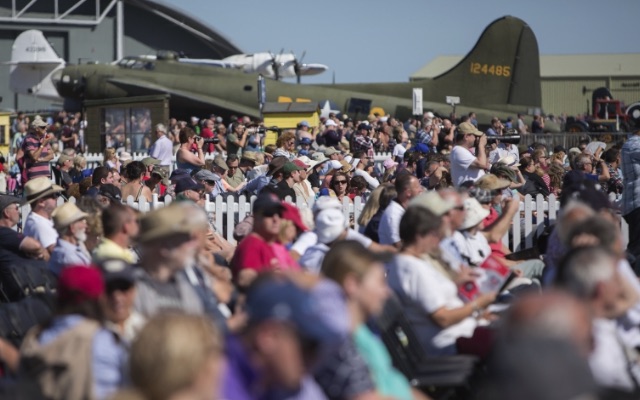 Arsene Wenger is set to announce the signing of his new two-year contract at Arsenal with a grand gesture.

The 67-year-old’s future has been the subject of intense debate in the media, on the terraces and even in the sky in recent weeks.

During Arsenal’s 3-1 defeat to West Bromwich Albion last month an aeroplane flew over the stadium towing a banner reading: “NO CONTRACT #WENGER OUT”.

Moments later another vehicle defied gravity to deliver the message: “IN ARSENE WE TRUST #RESPECTAW”.

Wenger told reporters after the game that he hadn’t seen the planes because his focus was on the game.

However, Wenger was secretly inspired by the stunts and is planning to do something similar on May 28, the day after this season’s FA Cup final.

Wenger will take to the skies over Duxford Air Festival carrying the message: “TWO MORE YEARS! THANKS FOR THE SUPPORT!”

Rather than being a sarcastic dig at the thousands of ungrateful Gunners fans who have turned against him, it is understood that Wenger’s thank you message is aimed at the mother of ArsenalFanTV regular Troopz.

Mrs Troopz has remained famously loyal to the longest serving manager in England throughout what has been a difficult period for him.

Wenger had originally wanted to announce his decision to stay during a home game before the end of the season, but strict control over London’s airspace forced him to delay and move the event to Cambridgeshire.

It is hoped that fans will end their cringey banner campaigns after seeing Wenger’s stunt – just like how seeing your dad dressed as Alice Cooper might persuade a teenage goth to put the mascara down.

Wenger is fully aware that he can not appease everyone, though. Multiple Arsenal players, including Mesut Ozil, are expected to retaliate in Duxford by using sky banners to announce their intention to leave the club this summer.