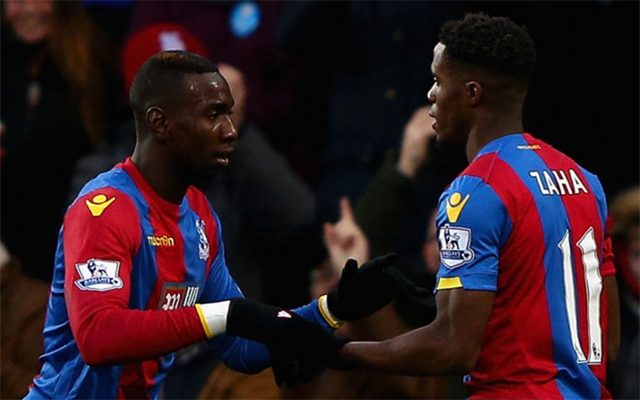 Crystal Palace talisman Wilfried Zaha has the potential to become as good as Barcelona superstar Neymar, according to his former teammate Yannick Bolasie, report the Mirror.

Zaha may well be remembered for his shortfalls with Manchester United, but since returning to Selhurst Park, he has successfully revived his career. The Ivory Coast international is one of the most explosive wingers in the Premier League, and is developing into a far more well-rounded player than he was during his time with the Red Devils.

While a player is on form, it is easy to get carried away – but one of Zaha’s former teammates may well have taken that to a whole new level. The Mirror quote former Palace star Bolasie, who believes Zaha is not far off Barca’s Neymar:

“He can go as far as he wants. I said the other day that he’s got the same kind of ability as Neymar and people were raising their eyebrows.”

Let’s see what the stats say, as provided by Squawka. Here’s how Zaha’s Premier League campaign compares with Neymar’s in La Liga:

That’s an emphatic 6-2 victory for the Brazilian…