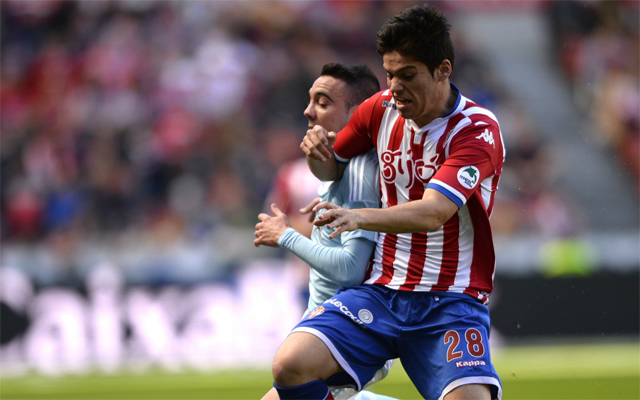 Chelsea are interested in signing Sporting Gijon defender Jorge Mere, who is rated at £25million, according to the Daily Star.

The Blues have really tightened their backline under Antonio Conte’s stewardship, but the Italian does not appear to be completely content with his options in defence, and could subsequently look to strengthen in that area of the field in the summer transfer window.

The Star believe that Conte has already identified a potential target. They report that Chelsea have been keeping an eye on 19-year-old Athletic Bilbao defender Jorge Mere ahead of a potential summer move. The tabloid believe that he is under contract until 2020, and the release clause in his Sporting contract stands at a whopping £25million.

Chelsea already have Nathan Ake, Andreas Christensen and Kurt Zouma for the future; there doesn’t appear to be any dire need for reinforcements. However, a regular in Sporting’s side as a teenager, his potential is unquestionable and thus he would be an astute signing by the Premier League leaders.

The Daily Star also believe that Chelsea are interested in Juventus star Alex Sandro as Conte looks to provide competition for Marcos Alonso. It doesn’t appear as though the Champions elect will be resting on their laurels this summer.