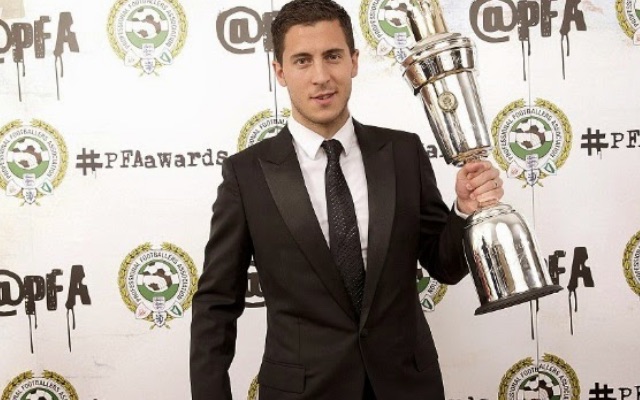 The PFA Player of the Year shortlist was announced on Thursday morning and it was very predictable.

But are these really the best six players from the Premier League this season?

The selection process seems to have been: ‘Four most prolific goalscorers + two players from leaders Chelsea’.

All six players have indeed had fine 2016-17 campaigns, especially Chelsea boys N’Golo Kante and Eden Hazard (pictured with the award in 2015), but the selections do seem overly top-heavy.

Harry Kane, for example, has done very well and scored 19 goals in just 23 Premier League matches, but some of his Tottenham teammates are perhaps more deserving of recognition this term.

Victor Wanyama has been a revelation in midfield for Spurs, while Dele Alli has come of age and established himself as the main man at White Hart Lane.

Alli, who just turned 21, is among the PFA Young Player of the Year nominees, along with Kane, 23.

This category is a bit more diverse, as it includes a defender, in Burnley centre-back Michael Keane, and a goalkeeper, in Sunderland’s Jordan Pickford.

PFA members, i.e. players, will now vote before the winners in each category are announced on April 23.