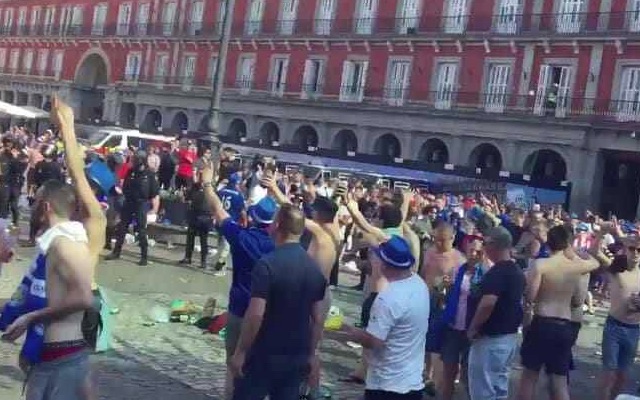 We may have the best football product in the world in the Premier League, but Britain sadly has some of the w*nkiest fans on the planet too.

A group of Leicester City supporters let themselves, and their country, down this week as they caused a riot in Madrid ahead of their Champions League defeat to Atletico.

Let’s face it, boozed up Brits abroad trashing a city centre is nothing new, but at least one d*ckhead threw some politics into the mix, chanting “Gibraltar is ours” as a reference to the ongoing Brexit negotiations.

Drunken Foxes fans were not the only sinners caught on camera though.

Spanish police have form when it comes to heavy-handed treatment of football fans.

And the video ends with around six officers approaching one man, who has his hands in his pockets, and brutally beating him with their batons.