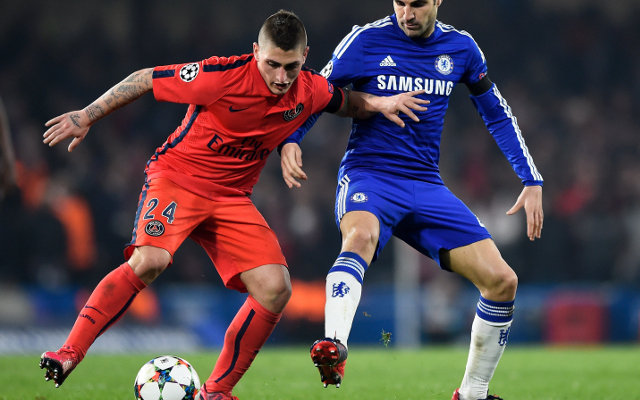 Chelsea target Marco Verratti has hinted that he could leave PSG in the summer transfer window, report Calciomercato.

It feels as though Verratti has been around for years now, but the PSG midfield maestro is still only 24-years-old.

During his time at the Parc des Princes he has established himself as one of the best players in Ligue 1, and one of the most accomplished midfielders anywhere in the world.

The Italian is an astute defender and an extremely classy distributor – he really is a joy to watch. Calciomercato believe that one of Verratti former bosses is keen on a summer reunion.

Calciomercato report that Antonio Conte is keen to bring Verratti to Chelsea, and he may well have just been offered plenty of encouragement. The Italian outlet cite French reports in claiming that the Blues are on high alert after Verratti issued PSG with an ultimatum. He is said to be unhappy with his side’s failures this campaign, and could well be on the move in the summer.