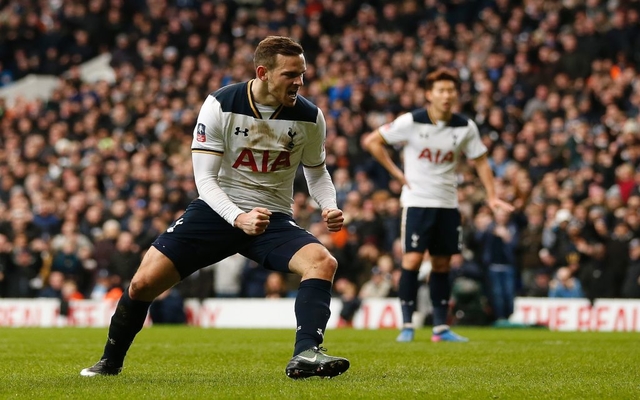 Tottenham striker Vincent Janssen ended his long wait for a goal from open play in the Premier League with this finish against Bournemouth on Saturday.

Spurs close the gap on league leaders Chelsea to four points for 24 hours at least, with another comprehensive home win as they march on in search of an opening to pull off a stunning title shock.

While Harry Kane was also among the goalscorers at White Hart Lane, there would be no one else more relieved than Janssen after he hammered home a rebound to finally end his agonising wait.

Tottenham have been dominant at home this season and Mauricio Pochettino will have been left delighted with their performance on Saturday as they pile the pressure on Chelsea to respond.

Whether or not they can cut the deficit further in the weeks ahead remains to be seen, but Spurs will be in good spirits after another convincing victory sees them march on.