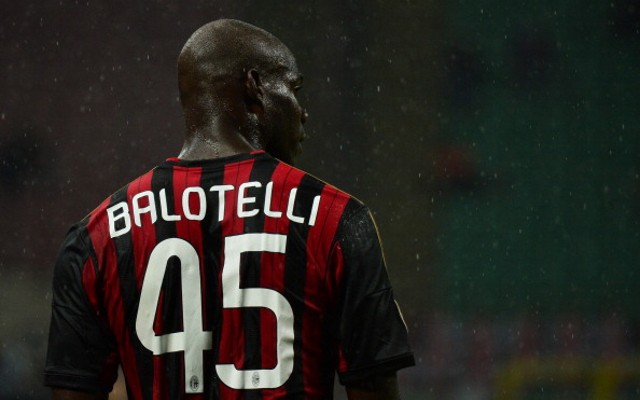 Former AC Milan and Inter forward Mario Balotelli has never been shy in letting people know he’s a Rossonero, and he did so again on Saturday.

Moments after Cristian Zapata had scored a dramatic late goal for Milan in the Derby della Madonnina, he took to Instagram and Twitter, as seen below, to rub salt into the wounds of Inter supporters.

Naturally, he was met with a chorus of abuse and insults but he clearly wasn’t bothered as he was happy with the result and conclusion of what was a thrilling Derby della Madonnina.

Antonio Candreva and Mauro Icardi looked to have sealed three points for the Nerazzurri, but goals from Alessio Romagnoli and Zapata, the latter coming in the 97th minute, ensured that the Milan giants shared the spoils.

Balotelli had two spells at Milan, and although it didn’t work out in the long-term, he clearly still loves the club he supported as a child and was a happy man with how things ended on Saturday.

Balotelli what a legend haha pic.twitter.com/JzPT3XW9wd