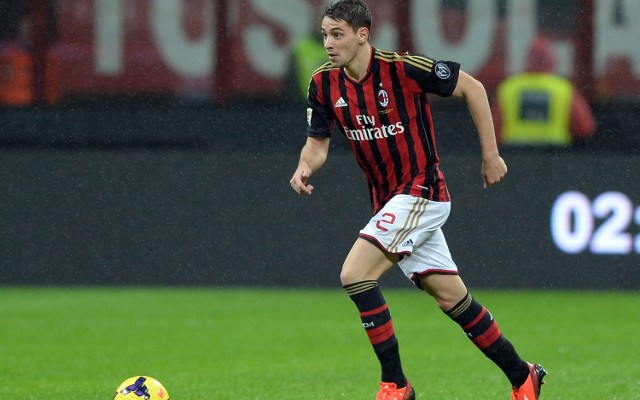 Milan full-back Mattia De Sciglio’s future at the San Siro is in doubt amid interest from Serie A rivals Juventus, according to Calciomercato.

When De Sciglio came through the ranks at Milan and broke into the first-team setup, he appeared destined for the very top. However, he has not progressed into the defender that many thought he would be. Now 24-years-old, he faces an uncertain future. After 128 appearances for the Rossoneri, his time at the club could soon be coming to an end.

That’s according to Calciomercato. The Italian outlet report that De Sciglio’s contract with Milan expires in the summer of 2018, and there is no suggestions that he is close to putting pen-to-paper on an extension.

Calciomercato believe that Milan’s Serie A counterparts Juventus are interested in securing his signature. They report that Juve boss Massimiliano Allegri is a big fan, and sees De Sciglio as an alternative to veteran full-back Stephan Lichtsteiner.

Only time will tell what the future holds for De Sciglio.