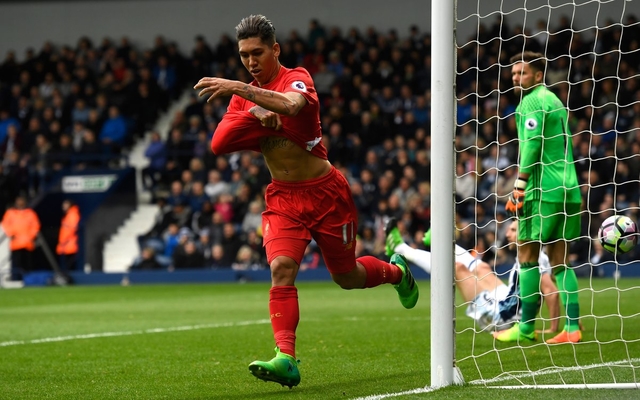 Liverpool secured a 1-0 win over West Bromwich Albion at the Hawthorns on Sunday with Roberto Firmino scoring the only goal of the game.

As they continue to fight to finish in the top four in the Premier League this season to qualify for the Champions League, the Reds needed to collect all three points this weekend to continue to put themselves in a strong position moving forward.

It was a tight affair as far as the scoreline goes as Firmino’s goal just before half-time was the difference between the two sides as Jurgen Klopp endured an anxious afternoon.

The Brazilian international bagged his 11th Premier League goal of the season to emerge as the star performer for the visitors, while Simon Mignolet deserves credit for his second-half save in particular to deny Matt Phillips to preserve Liverpool’s lead as he put in a great performance too.

Nevertheless, Liverpool sealed the win and temporarily move up to third place having played an extra game compared to Manchester City, while they sit nine points ahead of both Everton and Manchester United, although the latter have three games in hand on them.

As a result, it promises to be a fascinating last few games this season, and time will tell as to whether Liverpool will be back at the top table in Europe next year.