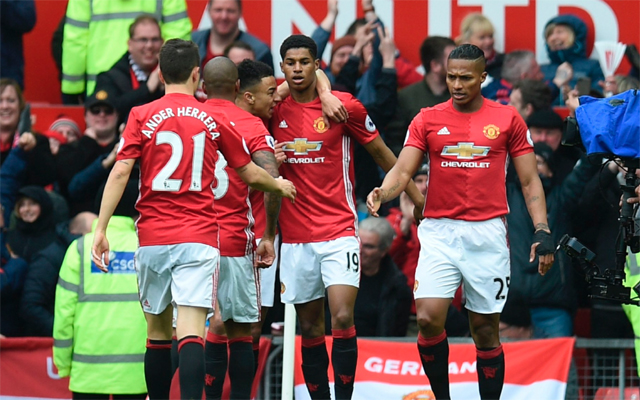 Jose Mourinho’s side got off to the best possible start after Marcus Rashford gave them the lead after seven minutes. Ander Herrera intercepted Nemanja Matic’s forward pass with his hand, but it was not spotted by the match officials. The referee waved play on and Herrera subsequently released Rashford through the middle. The England international beat David Luiz in a foot race and calmly slotted the ball past Asmir Begovic and into the back of the Chelsea net. You can see Rashford’s goal here.

You would think that the champions-elect would come out for the second-half swinging, but it was Man United who got the second goal of the game to double their advantage. Ander Herrera fired the ball into a sea of Chelsea bodies, and after a heavy deflection off Kurt Zouma, the ball found it’s way past Begovic once more. Click here to see Herrera’s goal.

That proved to be enough to brush Chelsea aside, and despite Man United picking up all three points, it is Tottenham who are the real winners from today’s game. Here are our player ratings for both sides: