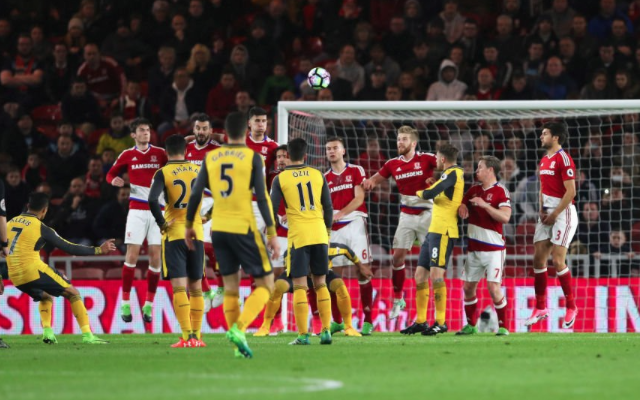 Alexis Sanchez scored his 19th Premier League goal of the season on Monday night to give Arsenal the lead in a tame tussle on Teesside.

The Chilean’s fine free kick broke the deadlock against Middlesbrough to give the travelling Gunners fans something to cheer.

Sanchez has performed much better in away games this season.

This goal was his 13th on the road, compared to just six at the Emirates Stadium.

No player has scored more away goals in the Prem than Alexis this season.

Sergio Aguero is close on 12, while Zlatan Ibrahimovic has bagged 10 times away from home.