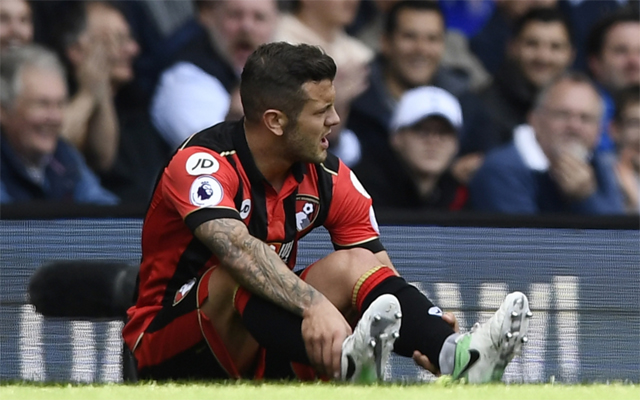 Arsenal midfielder Jack Wilshere has reportedly suffered another serious injury, and this one could be the mostly costly to date.

The Gunners academy product, who is currently on loan with Bournemouth, has struggled with multiple injury problems in his career – and they have prevented him from developing into the player that he was once destined to be.

It doesn’t look as though the England international is going to get any respite anytime soon, however. According to the Mirror, Wilshere has suffered a broken leg.

The Mirror believe that Wilshere, who sustained the injury against Tottenham at the weekend, had an X-ray on his left leg, which discovered a crack in his fibula.

The tabloid believe that he will be ruled out for the remainder of this season, and could even miss the start of the next campaign. With his future with Arsenal already looking uncertain, this could be the final nail in the coffin for Wilshere.