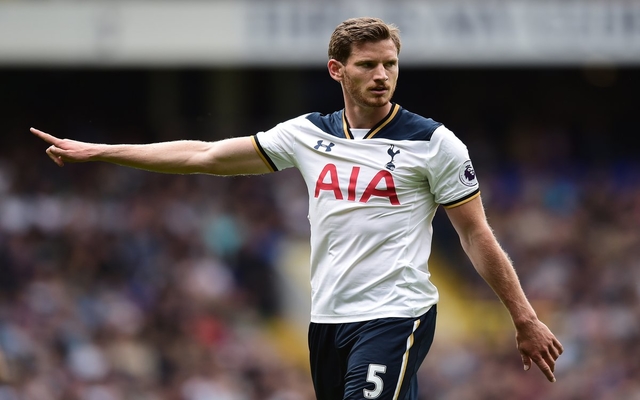 It’s been quite the journey for Tottenham over the last three years, as they now look ahead to pushing Chelsea all the way in the Premier League title race.

That journey has been given some context by ‘Spurz.centre’ on Instagram, who has detailed how so many of the influential individuals in the current squad have come on leaps and bounds at White Hart Lane.

Whether it’s Harry Kane developing into one of the top strikers in the Premier League, to Dele Alli’s rise from MK Dons to the next big English hope and two young defenders in Jan Vertonghen and Toby Alderweireld at Ajax developing a partnership at the back to form the best defence in the English top flight with just 22 goals conceded this season.

Not to mention that former Espanyol boss Mauricio Pochettino is now widely regarded as one of the top tacticians in Europe. Put all that together and you’ve got yourself a title-challenging club which is now established as a top-four side.

Vertonghen clearly loved the story as he liked the Instagram post which naturally sparked an excitable reaction from some supporters.

The Belgian international has been, and will be, pivotal to Tottenham’s hopes between now and the end of the season, as this brilliant story could yet have an incredible ending as soon as this year.