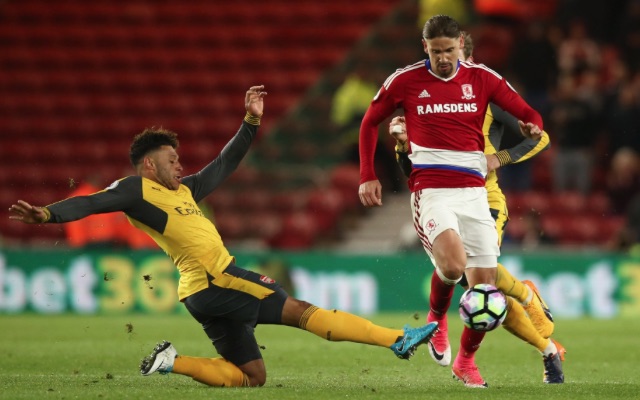 Arsenal and Middlesbrough looked like two teams low on confidence as they played out a forgettable 2-1 win for the Gunners on Monday night.

The first half was a dreadful affair, until an Alexis Sanchez free kick sparked it into life.

Not only were the two sides struggling to play decent football, some players could hardly stay on their feet.

I think Alex Oxlade-Chamberlain needs to change his studs. ? pic.twitter.com/BsKs44MBIz

The result – which came after further goals from Alvaro Negredo and Mesut Ozil – leaves Boro six points short of safety, while Arsenal are now seven off the top four.