Chelsea starlet Tammy Abraham is only 19, but his life is already ticking all the boxes!

The teenage striker hit the 25-goal mark for loan club Bristol City earlier this month, taking to senior football like a duck to water after back-to-back FA Youth Cup and UEFA Youth League triumphs with the Blues.

Away from football, Tammy seems to be winning too. He recently took to Instagram to show off his hot girlfriend, who could well be his fiancee judging by the ring emoji in the caption… 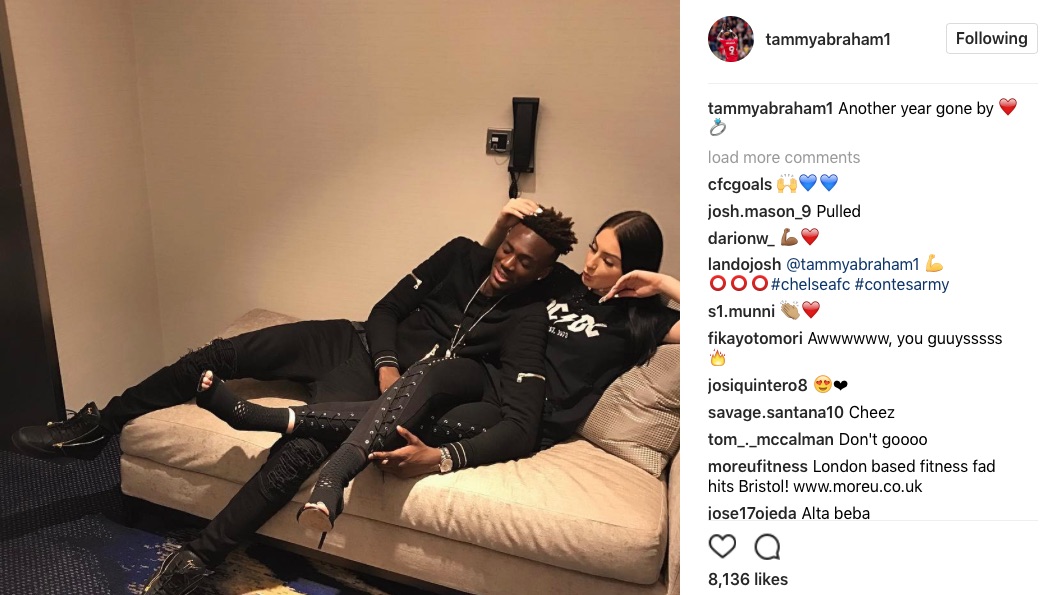 Leeds United frontman Chris Wood is the only player this season to score more Championship goals than Abraham, who is averaging one every 144 minutes.

He has also chipped in with three assists.

Abraham played twice for Chelsea’s first team last term, coming off the bench in 1-1 draws with Leicester City and Liverpool.

He has yet to start a game for the Stamford Bridge club, but he is surely set for big things.