The 2016-17 Premier League PFA Team of the Year was revealed on Thursday morning.

Unsurprisingly, it was dominated by players from the top two teams, with eight of the XI coming from Chelsea and Tottenham Hotspur.

Lukaku is definitely there on merit, while Mane has also had a brilliant season with Liverpool, scoring 13 goals and providing five assists, but is perhaps lucky to get in ahead of Alexis Sanchez, who has netted 19 times and made nine assists.

David de Gea is, without doubt, one of the best goalkeepers on the planet and has been in strong form again this season.

However, Man United only have the second best defensive record in the league, behind Spurs, so Hugo Lloris may feel aggrieved to miss out.

Burnley stopper Tom Heaton and Sunderland star keeper Jordan Pickford may also feel like they deserved a place in the XI, having made 125 and 109 saves respectively, compared to De Gea’s 59.

Below, we have picked an alternative Team of the Year, which we think would batter the PFA side in a real game. 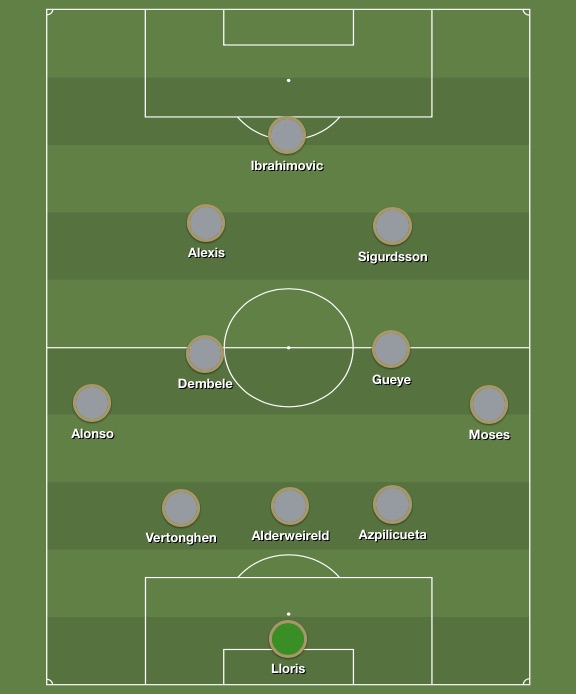 As already mentioned, Lloris has kept the cleanest sheets in the Prem in this season, which is thanks in no small part to the Belgian boys ahead of him, Toby Alderweireld and Jan Vertonghen.

Two of Chelsea’s three centre-backs made the PFA side, but we reckon they missed out the one who has impressed the most, Cesar Azpilicueta.

Chelsea’s wing-backs have been brilliant in attack as well as defence this season, chipping in with eight goals and four assists between them, compared to two goals and seven assists from Spurs pair Danny Rose and Kyle Walker.

N’Golo Kante has been immense for Chelsea, but Everton grafter Idrissa Gueye has made the same number of interceptions per game, as well as more tackles and committed fewer fouls than the former Leicester man.

Alongside Gueye we have selected Mousa Dembele, who has had a sensational campaign for Spurs.

The first thing that comes to many people’s minds when they think about Dembele is his physical strength, but did you know his passing accuracy is superior to every player in the PL except John Stones!?

Alexis walks into the side in attacking midfield, alongside Swansea City talisman Gylfi Sigurdsson.

Despite the handicap of playing for an awful team, Sigurdsson has come up with eight goals and 11 assists. Imagine what he could have achieved had he stayed at Spurs!

Finally, we’ve gone for Zlatan Ibrahimovic up front. Having been outscored by Lukaku and Harry Kane, Zlatan can’t really complain about missing out on a place in the PFA side.

However, if a match between our Alternative XI and the PFA Team of the Year ever came about it would be a biggie, and Zlatan is a big game player!