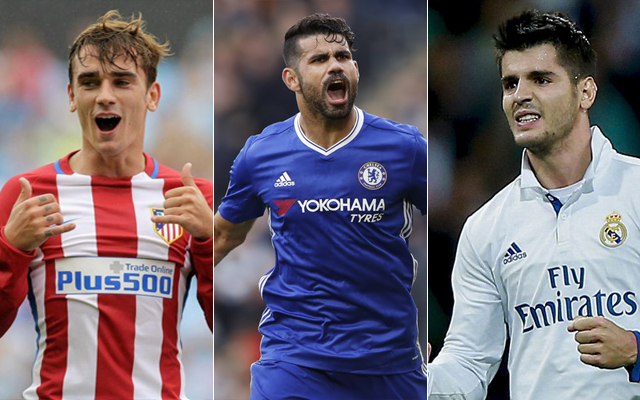 The race to sign Chelsea striker Diego Costa is well and truly hotting up.

The continuous speculation surrounding the Spanish international’s future does not look like it’s going to end anytime soon, and a new name has now been thrown into the mix.

The Sun believe that Juventus are interested in signing Costa in the summer transfer window, but the Blues hitman has no interest in moving to Turin. The tabloid believe that Costa does not see the prospect of playing second-fiddle to Gonzalo Higuain as appealing.

According to The Sun, Costa will instead look to return to Atletico Madrid, the club that he left three years ago to move to Stamford Bridge. They note that Antoine Griezmann is expected to leave the club in the summer, and Costa would provide an excellent replacement at the spearhead of their attack.

To complete the striker merry-go-round, The Sun report that Costa’s departure would allow Alvaro Morata to move from Real Madrid to Chelsea. The Sun believe that Morata is interested in working with Antonio Conte, and would be keen on a move to West London in the summer.