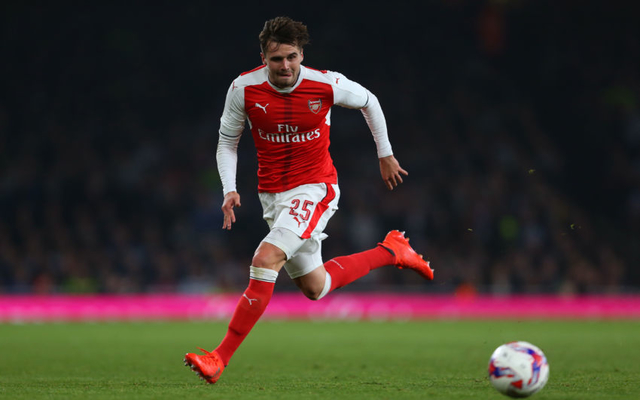 Arsenal defender Carl Jenkinson is reportedly a target for newly-promoted Brighton, while Newcastle United could also be keen on a summer swoop.

The 25-year-old has made just a handful of appearances so far this season, and was jeered by his own supporters at one stage with unrest growing over his individual performance, and the efforts and results from the team as a whole.

Having been shipped out on loan to West Ham United twice, it hasn’t really worked out for the England international and according to The Mirror, it looks as though time is finally now running out on his journey at the Emirates.

Brighton and Newcastle are reportedly set to battle it out over his signature, with the latter hopeful of joining their Championship rivals in the English top flight next season by securing promotion this weekend.

Both clubs will naturally be keen to strengthen their squads to ensure that they have the right balance to stay in the Premier League, and it appears as though Jenkinson fits the bill in terms of giving them added quality and depth in defence.

It’s added in the report that Crystal Palace tried to sign the defender in January with Sam Allardyce eyeing a reunion, but they couldn’t agree on a deal.

In turn, with his contract expiring in 2018, it looks as though Arsenal are ready to sell as opposed to offering a new deal and a summer exit looks more than likely now.