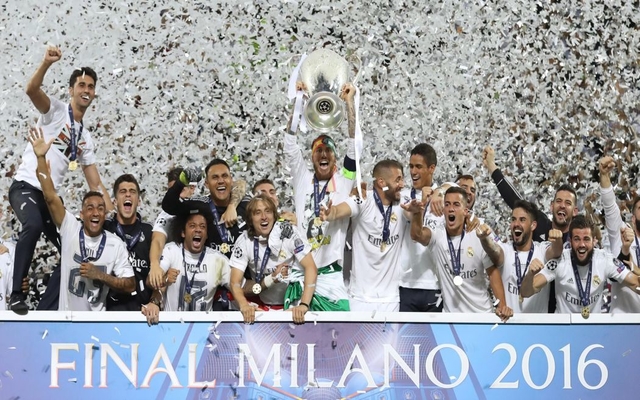 The draw for the semi-finals of the Champions League has pitted Real Madrid against city rivals Atletico Madrid, while Juventus will take on Monaco.

After seeing off Bayern Munich in the last round, defending champions Real Madrid will hope to book their spot in the final and take a step closer to an historic back-to-back Champions League triumph.

However, standing in their way are rivals Atleti who have again impressed on their path to the latter stages of the tournament, and these two sides now meet for the fourth consecutive year in the Champions League, which is a record.

Juventus were highly impressive in the last round as they eliminated Barcelona, and Massimiliano Allegri’s side will be confident of their chances of going all the way this year as they certainly have the balance of a solid defensive base and attacking threat.

They face Monaco, who have been the surprise package for many this year, but their exciting group of young stars have undoubtedly earned their spot in the last four, and time will tell if they are able to go further as they take on the Bianconeri in what should be a fascinated tie.

It will be a case of experience against youth in that one on many fronts, but the pressure and expectation will be on Juve to deliver and make the final and go one better when they lost to Barcelona in the final two years ago.