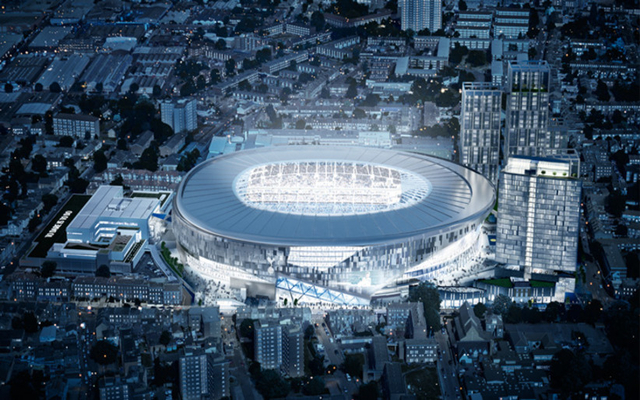 The NFL is reportedly putting £10m towards Tottenham’s new stadium, which is expected to cost £800m in total, which they intend to use for matches moving forward.

The 61,000-seater stadium is well on the way to being completed ahead of the 2018/19 season and will be a crucial part of Tottenham’s vision for a successful future both on and off the pitch.

Spurs have agreed a 10-year deal with NFL to host a minimum of two matches per year at the stadium, with the American giant paying the club a set fee every time they use the venue.

According to ESPN FC, they will pay £10m towards the project, and given the features that are being included with their games in mind, it will certainly help the Tottenham cause.

The new stadium will have a retractable synthetic surface under the grass pitch for NFL matches and concerts, while it’s added in the report that the payment will go towards covering the costs of four NFL-sized changing rooms and additional suites.

Ultimately, the short-term gain is a contribution to the cost of the stadium. In the long-term if the NFL opt to have a permanent team in London, then the new Spurs stadium will undoubtedly be set up to be a real contender to be the home of that team.

With the intention from the NFL being to have a team in London by 2020, the likes of Spurs, Wembley and Twickenham, as they are next season, will all be in the running to land what would be a lucrative deal.