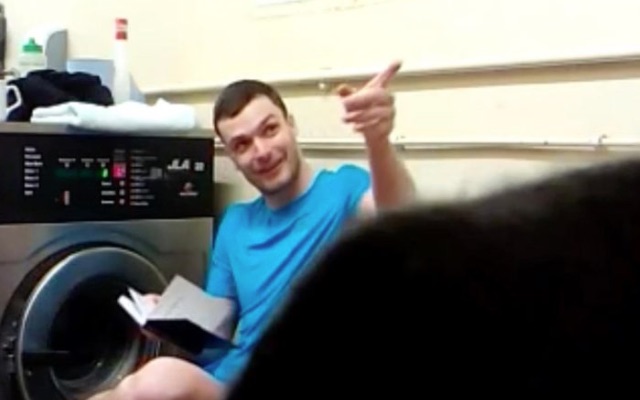 Disgraced footballer Adam Johnson is in the news again after a video was leaked in which he joked that he wishes he had raped the victim of his underage sexual activity case.

The former England winger was given a six-year jail sentence after being convicted of having sexual activity with a 15-year-old Sunderland fan.

Johnson is currently in Moorland Prison, South Yorkshire, where the below video was captured, presumably by another inmate, who passed it onto The Sun.

Adam Johnson you are some moron. pic.twitter.com/hhAKw6A462

At one point during the conversation, a fellow prisoner says to Johnson: “It’s not like you f***ing raped her or owt like that?”

Laughing, Johnston replies: “No, I wish I f***ing did for six years (in prison).”

Below is a transcript of some of the exchange.

Unknown inmate: “How long you got? Six years?”

Unknown inmate: “And you never even f***ed the bird?”

Later in the conversation…

Johnson: “I was going to the homes games like, you park, you park your car in the car park and she was at my car every game right, waiting for me. Just standing there in all the gear and that.”

Unknown inmate: “All dressed up?”

Johnson: “Like tight jeans, little shirt, t**s out, not like skirts and that… then after the game she was asking for pictures all the time, This went on for about six months and the next thing she says is ‘can you get us a signed shirt?’ I got talking to her for a few weeks and then I met up with her and f***ing kissed her and…”

Johnson: “And there’s lads on here who’s f***ing shagged like 12 years olds and got 13 months and that. Do you know what I mean? They got like half the time.”