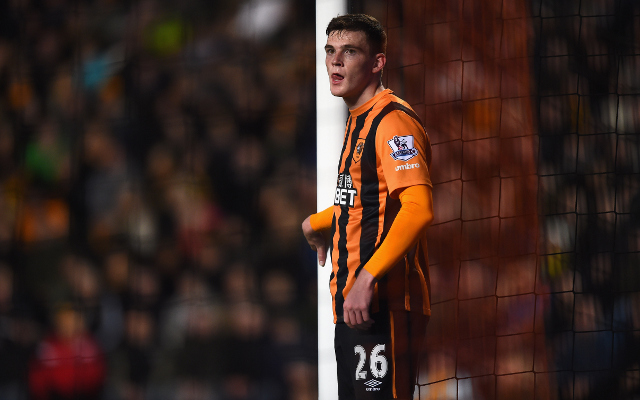 With Alberto Moreno failing to convince at Anfield and likely to leave at the end of the season, James Milner has been asked to play out of position this season and in his defence, he’s done an admirable job.

However, long-term Klopp needs a natural in that position and it appears as though he’s ready to make his move this summer with The Daily Mail reporting that Robertson is the man to fill the role.

It’s claimed that the Reds will launch an £8m bid for the 23-year-old, although he isn’t the only left-back to be linked with a move to Merseyside and so until the deal is official, there could yet be a change in targets.

With Liverpool fighting for a top-four finish in the Premier League, Klopp will hope that qualification for the Champions League is a pivotal turning point for the club in their bid to really strengthen the squad this summer.

The German tactician will likely want to bolster his options in various positions, but the left-back spot has to be addressed sooner rather than later, and it remains to be seen if Robertson is indeed considered the solution, and whether or not he can prove to be a wise signing.

Liverpool fell short in two cup finals last season and have had their struggles in the Premier League this season. However, this summer could be seen as a real opportunity to bring in what they need and go from strength to strength.