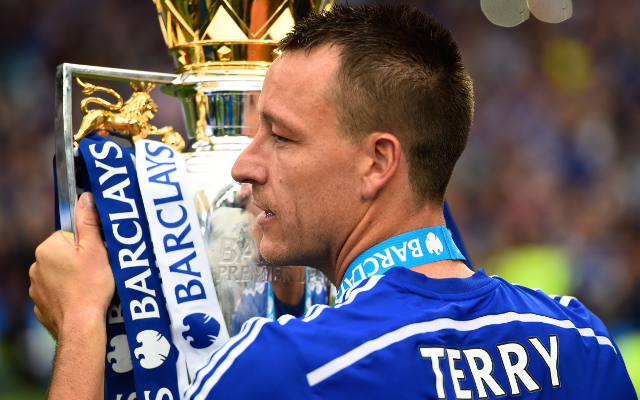 Bournemouth boss Eddie Howe has dropped a hint that he would be willing to sign John Terry this summer following his exit from Chelsea.

The 36-year-old confirmed in midweek that he would be leaving Stamford Bridge when his contract expires at the end of the season, marking the end of an era having been at the club for 22 years.

With a desire to play at the top level still, the former England international could yet find himself at another Premier League side next season, and it appears as though Howe is keen on the idea.

As reported by the Bournemouth Echo, although he was reluctant to go into detail about the subject, he insisted that Terry is more than capable of playing an important role in the Premier League next season and his experience, leadership and quality could be a major boost for the Cherries if they avoid the drop this year.

Howe’s men remain in trouble given that they sit just seven points clear of the relegation zone with five games to play, and so the focus will very much be on securing their top-flight status for another year before thinking about summer transfer targets.

Nevertheless, having struggled defensively this year, and with Nathan Ake’s return to Stamford Bridge having such a negative impact on the team, signing Terry to fill a role in the short-term at least or to even add depth and a voice in the dressing room could be crucial for the club moving forward.

Howe’s shown that a loan deal for a top Premier League star can work with Jack Wilshere this season before the Arsenal man suffered an injury setback last week, and so Terry perhaps could be the next astute signing he makes.