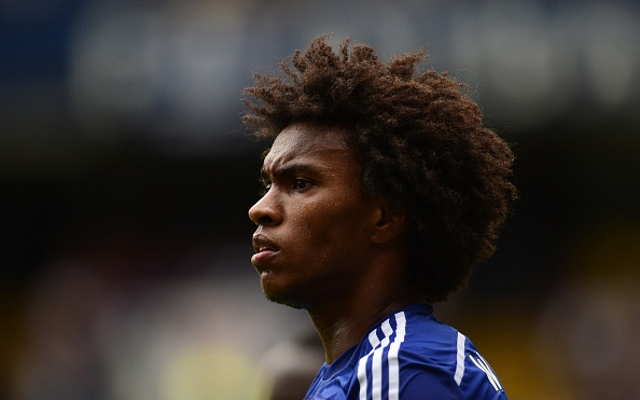 Chelsea have retaken the lead against Tottenham at Wembley through Willian.

The Brazilian opened the scoring in the first-half, bending a gorgeous free-kick beyond the helpless Hugo Lloris. After Harry Kane drew Spurs level with a brilliantly improvised header, Willian has just scored again.

Victor Moses won a penalty after bring brought down by Heung-Min Son. Willian grabbed the ball off Michy Batshuayi and expertly dispatched the spot-kick to put his side back into the driving seat.