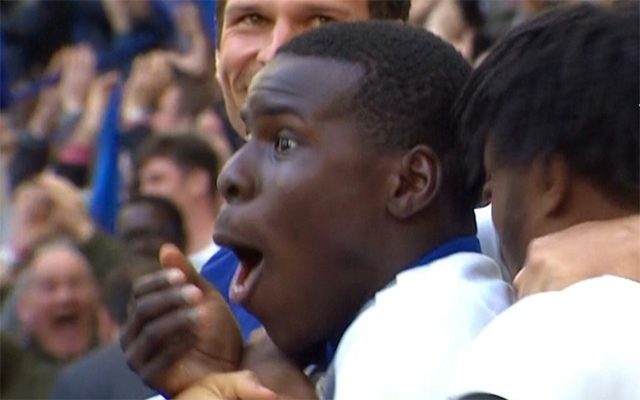 Kurt Zouma’s reaction to Nemanja Matic’s thunderbolt at Wembley said it all.

The Serb scored one of the best goals that Wembley has ever seen, if you missed it, you can see it here. It was a jaw-dropping moment, and it wasn’t just those in attendance or watching on TV who were stunned by what they had just seen.

Zouma, who was on the bench today for the Blues, could not believe his eyes. His reaction was priceless.