Liverpool could reportedly miss out on Bayer Leverkusen forward Julian Brandt unless they are able to convince him he won’t be sat on the bench next season.

Jurgen Klopp is expected to make key signings this summer to strengthen his squad, with Liverpool hopeful of securing Champions League football for next season.

According to The Sun, Brandt is one of their top targets and has a price-tag of £20m, although he’s unsure as to whether he’ll get into the Liverpool team on a regular basis which in turn could put him off moving to Merseyside this summer.

If true, it’s a commendable attitude for the youngster to have even though it’s a Premier League giant such as Liverpool knocking on the door and chasing him.

At this stage of his career, it’ll be key for him to continue to play regularly in order to develop and improve his game, and it appears as though unless Klopp can convince him that this is the perfect next step for his career, he may snub the chance to move to Liverpool.

Brandt has scored four goals and provided eight assists in 36 appearances so far this season, while he’s represented Germany at every youth level and has five caps to his name with the senior side.

As a result, it looks as though he has a bright future ahead of him, but it will be down to Klopp to reassure him that he will have a significant role to play as early as next season for him, with Liverpool hopeful of building on this year and becoming an established top-four side moving forward. 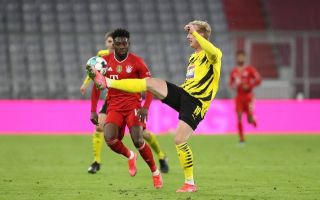 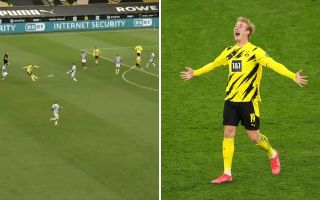