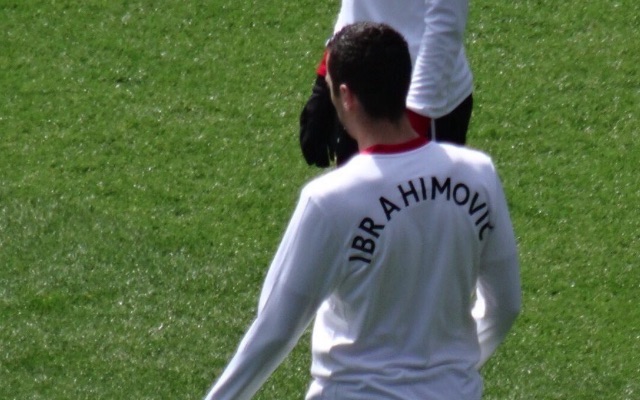 Chelsea and Tottenham Hotspur fans both paid a fitting tribute to the late Ugo Ehiogu on Saturday, providing a moving minute of united applause before playing out a terrific FA Cup semifinal.

Twenty-four hours later, Manchester United did something similar, with every one of their players wearing the name of either Zlatan Ibrahimovic or Marcos Rojo on the back of their shirt ahead of their Premier League victory over Burnley.

Really sad news from the Man Utd camp. It looks like Marcos Rojo and Zlatan Ibrahimovic have passed away after suffering ACL injuries. RIP. pic.twitter.com/TN1SAvOsMf

This may, on the face of it, look like a beautiful gesture.

But, neither Ibrahimovic or Rojo have died.

Sure, they have both been ruled out for the rest of the season with unfortunate injuries, but this was so OTT.

The cynic in me leads me to question the motive of the gesture too.

Was it really to show support for the two players? I doubt it. Knowing Jose Mourinho’s history, I suspect this was more a case of the Man United manager attempting to remind everybody just how unlucky he has been with injures.

It looked like a paid advertisement to legitimise Jose’s inevitable excuses for when United fail to achieve their goals at the end of the season.

But, in reality, it merely undermines tributes of genuine emotion for real tragedies.