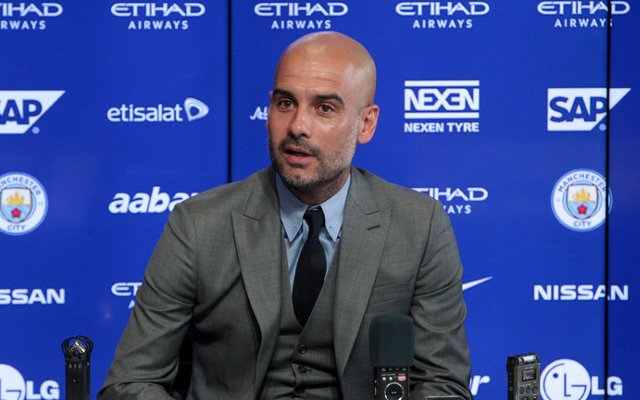 Manchester City boss Pep Guardiola will reportedly receive a budget of £250m from the club to spend on strengthening his squad this summer.

While they remain on course for a top-four finish in the Premier League this season, it has been a struggle at times while the Spanish tactician will hope to deliver the FA Cup to ensure that he wins silverware in his first season in charge.

Nevertheless, as he continues to look at ways to stamp his mark on the squad further and bring in individuals suited to his style of play, system and culture, it looks as though the City hierarchy are ready to back him.

According to The Sun, he will be given £250m to spend this summer, and he has three main targets in mind already with Alexis Sanchez, Kyle Walker and Virgil van Dijk at the top of his shortlist, as per the report.

Monaco’s Benjamin Mendy and Manchester United left-back Luke Shaw are also mentioned as possible targets, as is Lyon midfielder Corentin Tolisso, with Guardiola undoubtedly set to oversee a real revamp at the Etihad ahead of next season.

Jesus Navas, Yaya Toure, Gael Clichy, Pablo Zabaleta, Bacary Sagna and Willy Caballero are all out of contract this summer, and provided that he lets them all leave, he will need to bring in replacements.

With a desire to make this a younger squad and to also bring in players who can carry out his tactical ideas perfectly, this is likely to be a pivotal summer for City, one that could see them assemble a squad capable of competing both in the Premier League and in Europe.

As they sit 11 points off the pace of Chelsea with six games to go, reinforcements are needed to enable Guardiola to have all the tools necessary to fix problem areas and make this squad a formidable one.