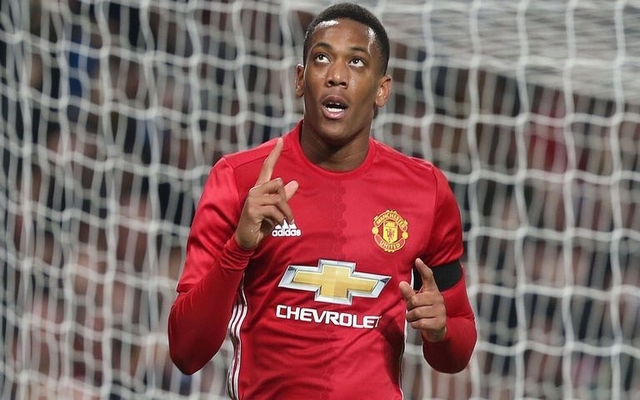 With Zlatan Ibrahimovic ruled out for the rest of the season due to injury, there will be some concerned Man Utd fans over how they’ll cope without him.

Fortunately, Anthony Martial was on hand to reassure them at Burnley on Sunday, as he started and then finished what was a stunning counter-attack from the visitors.

With the Clarets camping them in their own half after a free-kick, United stole possession back with Martial setting them on their way before the Frenchman ran the length of the pitch to receive the ball back and he kept his composure to finish smartly and nestle the ball into the back of the net.

It hasn’t always been so rosy for the former Monaco starlet, but he has a real opportunity between now and the end of the season to prove himself to Jose Mourinho and be a major part in United’s push for a top-four finish and Europa League glory.

As expected, it was a tight opening half at Turf Moor, but this bit of quality from the Red Devils was more than enough to break the deadlock.