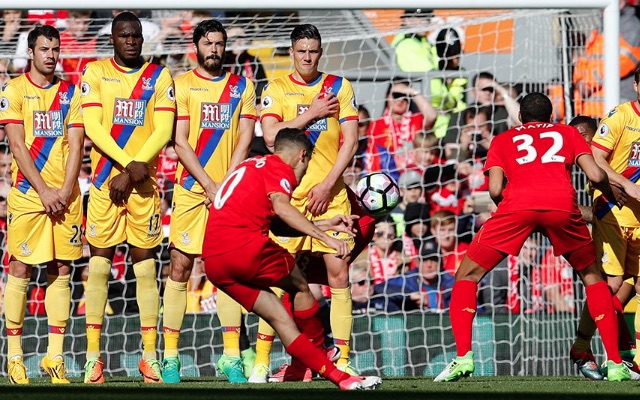 Philippe Coutinho reached the 10-goal mark for the first time in a Premier League season on Sunday afternoon thanks to this brilliant free kick against Crystal Palace.

It was a truly superb strike from the Brazilian, but Palace goalkeeper Wayne Hennessy certainly didn’t do himself any favours.

By standing so close to his far post, Hennessy made life so hard for himself.

The Welsh stopper just doesn’t give himself enough time to get across.

To be fair, Coutinho’s shot was inch perfect and landed just inside the near post, but Hennessy was nowhere near it and all because of his awful starting position.

Coutinho scored three league goals in his first Prem season, before netting five in his second and then again in his third.

Last season was his best scoring campaign, until now, as he raised his tally to eight in 2015-16.