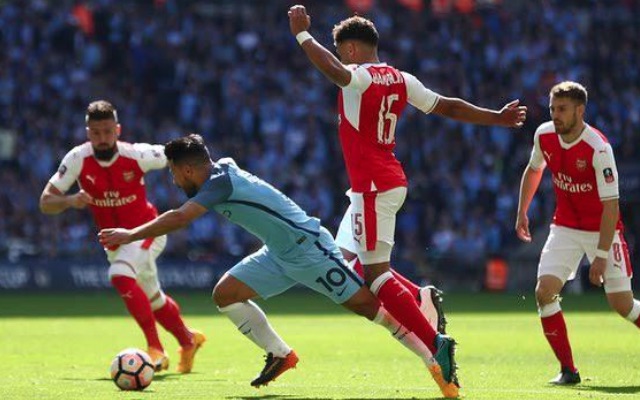 A stinker of a call from linesman Stephen Child robbed Sergio Aguero of a perfectly good goal during Sunday’s FA Cup semifinal between Manchester City and Arsenal.

City appeared to have broken the deadlock late in the first half at Wembley when Aguero poked a shot into the Arsenal goal from close range.

However, the scoreline remained 0-0 at the interval, after it was wrongly deemed that the ball had gone out of play before it reached Aguero.

.@Arsenal @ManCity This should have been a goal #IMHO pic.twitter.com/7KgHVWcx0i

Referee Craig Pawson disallowed the goal, but his decision was based on the advice of assistant Child, whose eyes deceived him.

It must have been less clear in real time from the lino’s position, but Child simply should not raise his flag unless he is 100% certain.

Aguero was doubly aggrieved as he also had a strong penalty appeal turned down during the first half.