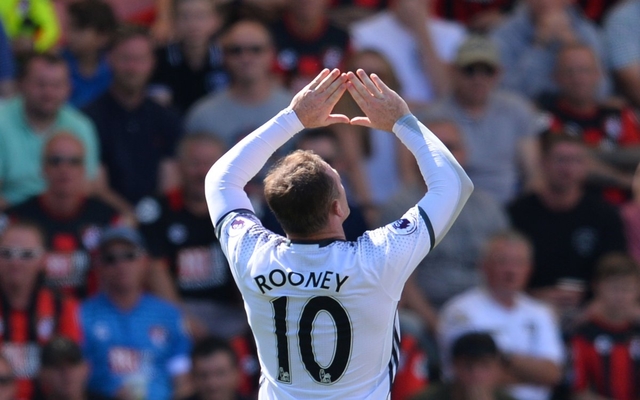 Manchester United doubled their lead at Burnley on Sunday thanks to a goal from returning captain Wayne Rooney, who took his tally for the club to 251.

Anthony Martial had given the Red Devils the lead earlier on with a deadly counter-attack, and the Frenchman was instrumental in the second too.

After forming Tom Heaton into action with his attempted cross, Rooney pounced on the loose ball before forcing it over the line and wheeling away in celebration.

United have struggled for goals this season and particularly following the blow of losing Zlatan Ibrahimovic for the rest of the campaign, there would have been some anxious supporters in the away end at Turf Moor.

Thankfully for them, it looks as though others are ready to step up in their pursuit of a top-four finish in the Premier League this season, and it will have been a sweet feeling for Rooney to get back on the scoresheet with question marks and scrutiny ramping up on him this season.