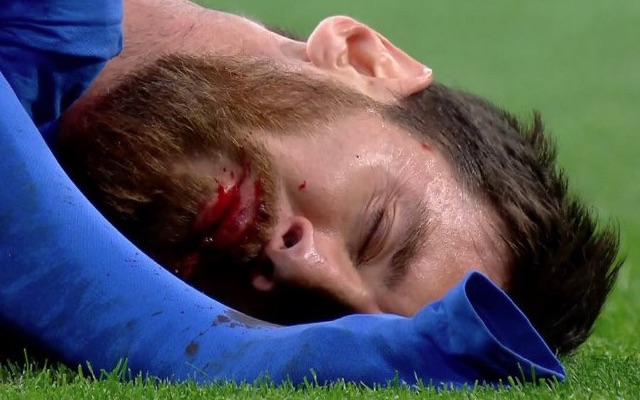 Lionel Messi lit up the first half of Sunday’s Clasico with a brilliant goal to cancel out Casemiro’s opener on 33 minutes.

The Barcelona icon displayed incredible control and confidence as he picked out the bottom corner after a mazy dribble had left two Real Madrid defenders for dead.

Messi had earlier shown impressive resilience to get back in the game so quickly after being left with a bloody mouth following a brutal collision with Marcelo’s elbow.

Marcelo was not even booked for this.

In fairness, it does not look like he deliberately tried to hurt Messi.

Hurt him he did, though.

Perhaps not as much as Messi’s equaliser hurt Real?