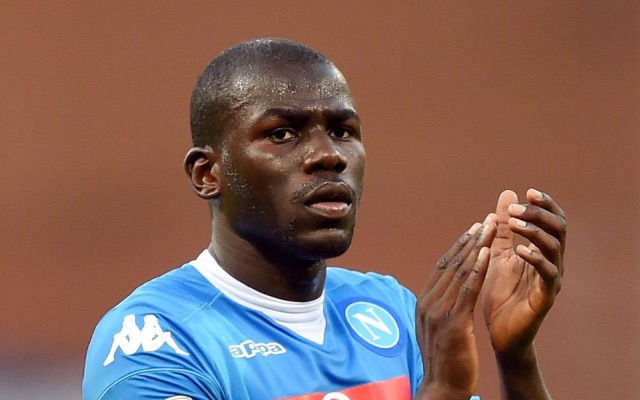 Chelsea could reportedly return for Napoli defender Kalidou Koulibaly this summer, after club president Aurelio De Laurentiis conceded he wouldn’t stand in the way of a £60m transfer.

The Senegal international was linked with a move to Stamford Bridge last summer, but Antonio Conte was unsuccessful in his pursuit and was forced to look elsewhere.

After Branislav Ivanovic left the club earlier this season, coupled with John Terry’s exit in the summer, a new defender is likely to be on the Italian tactician’s shopping list, and as reported by The Express, they could be set to revisit their interest in Koulibaly.

Having demanded £60m for the commanding centre-half last summer, De Laurentiis will likely want a similar fee this time round. However, he’s suggested that if the player wants to leave, Napoli will not stand in his way as it’s better to have committed individuals at the club.

“If there’s a new offer from Chelsea for Koulibaly? It will depend on the player’s will, because if he doesn’t want to stay then he can leave.”

The report goes on to add that the defender has insisted that he won’t be making a decision on his future until the end of the season, and several factors will likely come into play.

Napoli look set to qualify for the Champions League again this season, but unless they show real signs of building something to challenge Juventus domestically and make a splash in Europe, it could be something that works against them when trying to keep their best players.

Further, Chelsea are on course to win the Premier League title this season and will return to Europe’s top table. In turn, Conte will likely have the money to spend this summer but time will tell if he still needs a player with Koulibaly’s characteristics.