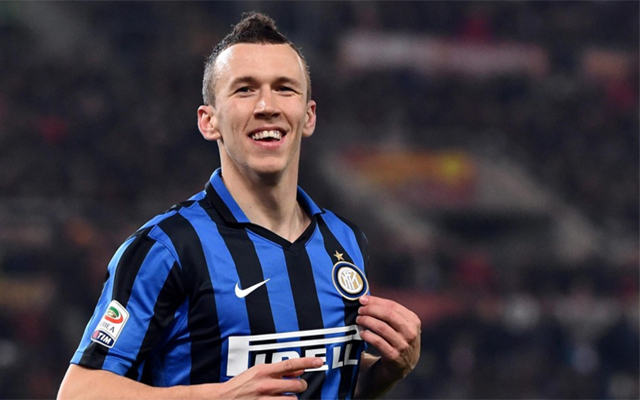 Chelsea are reportedly looking to sign Ivan Perisic and Franck Kessie this summer, but face fierce competition from Manchester United and Roma respectively.

Perisic has impressed during his stint in Italy, as he’s bagged 10 goals and provided nine assists in 37 appearances in all competitions so far this season to establish himself as a key figure for Inter.

United have also been linked with a move, but according to Corriere della Sera, as per Football Italia, the 28-year-old is being targeted by Chelsea too who reportedly intend to outbid their Premier League rivals by lodging a €65m offer for his services.

With Financial Fair Play pressure to consider, the Nerazzurri could look at selling one prized asset from the current group, and if such a bid were to arrive for Perisic, they would surely have to give it real thought.

However, it remains to be seen how concrete Chelsea’s interest is as we edge closer to the summer, with Antonio Conte likely to be targeting various players to strengthen his squad as the Premier League leaders look set for a return to Europe.

Nevertheless, €65m for Perisic is a lot of money and it would certainly raise eyebrows as it’s debatable as to whether he’s worth anywhere near that amount.

Meanwhile, the Metro report that the Blues are also set to make a last-ditch attempt to sign Atalanta midfielder Kessie, even though Roma are said to be closing in on a deal for the youngster.

With six goals in 31 appearances this season, coupled with his impressive contributions overall, the 20-year-old is another player in high demand, and it’s added that his representatives have enquired as to where Chelsea are still interested despite reports of a switch to the Italian capital.