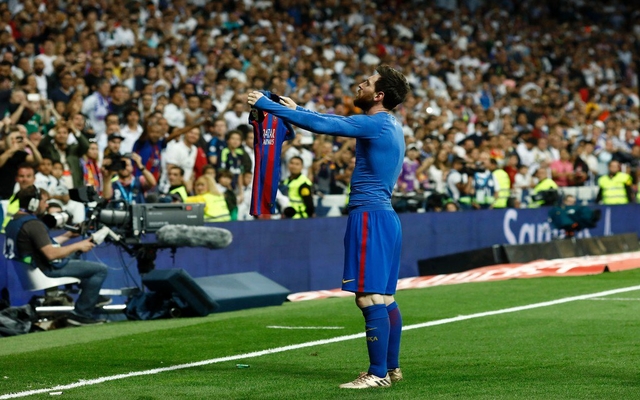 An incredible El Clasico on Sunday was decided by Lionel Messi as he scored in injury time to secure a 3-2 win for Barcelona over rivals Real Madrid.

Barca moved to the top of the La Liga standings with the victory, although Madrid have a game in hand as they hope that this isn’t a decisive setback in their bid to win the title.

Nevertheless, it was Messi who rightly stole all the headlines on Monday morning, and after scoring that all-important goal, his celebration of holding his shirt aloft in front of the home fans delighted Barca supporters even more.

As Los Blancos fumed, the Argentine international and Barcelona icon was cold-blooded, and naturally it led to plenty of memes being produced to rub salt into the wounds of the Madridistas.

Sergio Ramos was a popular victim after he saw red in the game, while others merely just marvelled in Messi’s brilliance as he once again proved his quality.

Barcelona may be out of the Champions League, but they’re certainly not done in the title race in Spain as Luis Enrique looks to leave with another trophy to show for his efforts and he’ll have his always reliable talisman to thank for it if they do succeed.