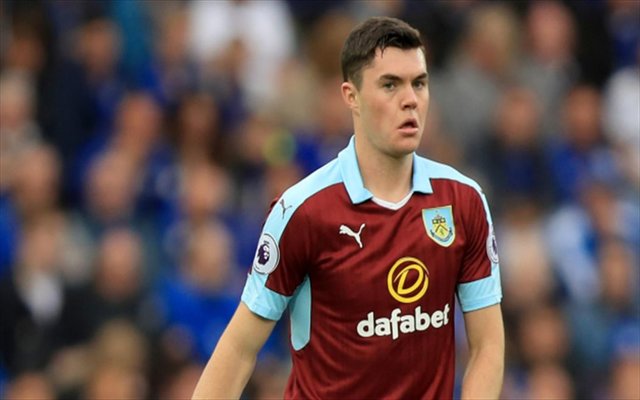 Liverpool have reportedly jumped to the front of the queue in the race to sign Burnley defender Michael Keane in a deal worth £30m.

The 24-year-old is a man in demand given his impressive performances for the Clarets this season and prior to that too, while he has also broken into the England squad.

It’s no surprise that Jurgen Klopp is eyeing a new defender this summer as his side have conceded 42 goals in 34 games this season, the joint-worst defensive record out of the top eight sides, and so that department undoubtedly needs to be addressed.

Despite suggestions that he was likely to return to Old Trafford for a second stint though, The Sun claim that Liverpool are in pole position to land Keane and take him to Anfield ahead of next season in a £30m deal.

United will receive 25 percent of any transfer fee as per the agreement with Burnley in 2015, but that will matter little at this stage if they lose out to their fierce rivals over a player who could well be a mainstay in any top Premier League side for years to come.

With just one year remaining on his contract, it’s a sizeable figure. Nevertheless, such is the need for defensive reinforcements and experienced individuals who know the English game well, Keane ticks plenty of the right boxes for Klopp.

Having  missed just one game due to injury this season, the England international could be a reliable signing for the Reds as Liverpool hope to secure Champions League football for next year and will in turn have to bolster their squad significantly to compete on various fronts.