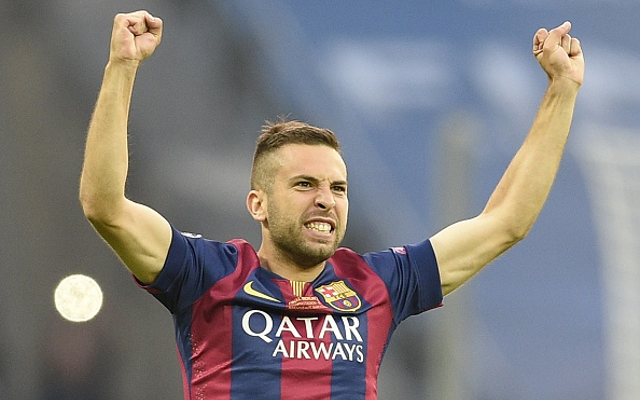 PSG will probably be keen to swiftly forget their encounter with Barcelona, having thrown away a 4-0 advantage and all. However, it appears as though Unai Emery’s side saw something they liked during their two-legged battle with the Catalan giants.

Spanish outlet Sport cite France Football in reporting that PSG are interested in signing Barcelona left-back Jordi Alba in the summer transfer window. France Football report that PSG full-back Maxwell’s contract is expiring at the season’s end, and it remains to be seen whether he will put pen-to-paper on an extension at the Parc des Princes. Alba would be a like-for-like replacement in that department.

Sport suggest that Alba is discontented with his current situation in Barcelona. They note that since Luis Enrique switched to a 3-4-3 formation, Alba has found himself without a place in the starting side and subsequently dropped to the bench. PSG could well provide an attractive exit route.