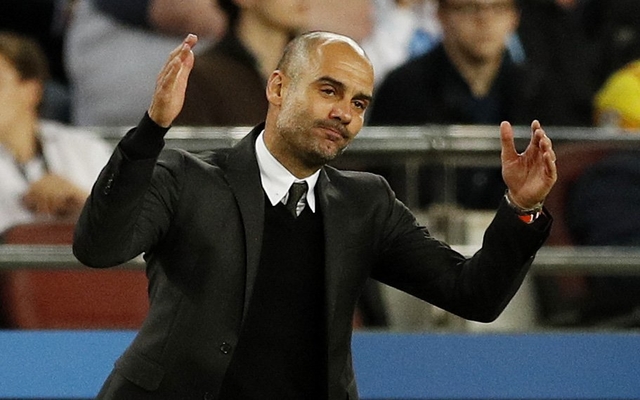 Stan Collymore has rated Pep Guardiola’s first season in charge of Manchester City a three or four out of 10 as the Spaniard faces a nervous few weeks.

The Spanish tactician will end the campaign without a trophy after crashing out of the FA Cup semi-finals at the weekend, while they also fell short in the EFL Cup and Champions League.

Further, firmly out of the Premier League title race, they are involved in a tense battle for a top-four finish to ensure that they’re involved in Europe’s premier competition next season.

It’s not quite the first year that many predicted for Guardiola, although others would have argued that he couldn’t work his magic on this City squad in just one year.

The pressure will undoubtedly be on next season to get things right, as according to widespread speculation, he will have a significant amount of money to spend this summer.

However, looking at this season alone, Collymore has commendably be completely honest and ruthless about it rather than sugarcoat anything, as it simply hasn’t been good enough.

“The reality is that football managers are judged on results. And based on the results Pep Guardiola has achieved at Manchester City with the players at his disposal, I’d give him no more than a three or four out of 10 this season,” he wrote in his Mirror column.

“There’s no way City should be nervously wondering whether or not they are going to make the top four with the squad and resources they have — and Guardiola has to shoulder the blame for that.

“I’d be saying, ‘You’re supposed to be the world’s best manager. Go and make these players much, much better, in the way Claudio Ranieri did with Leicester and Antonio Conte has done with Chelsea’.

“Instead, it seems Guardiola is just saying, ‘I’ll get it right eventually… as long as you give me a quarter of a billion quid.’ And that’s just not great management, it’s the epitome of chequebook management.”

Supporters of the former Barcelona and Bayern coach will undoubtedly jump to his defence and slam Collymore, citing various excuses and reasons as to why it hasn’t worked as well as expected this year.

However, ultimately, he pretty much nails everything here in terms of how Guardiola hasn’t really improved individuals over the course of the campaign, and essentially he’s just going to throw money at the problem which makes it difficult to prove himself to be the world-class coach many say he is.