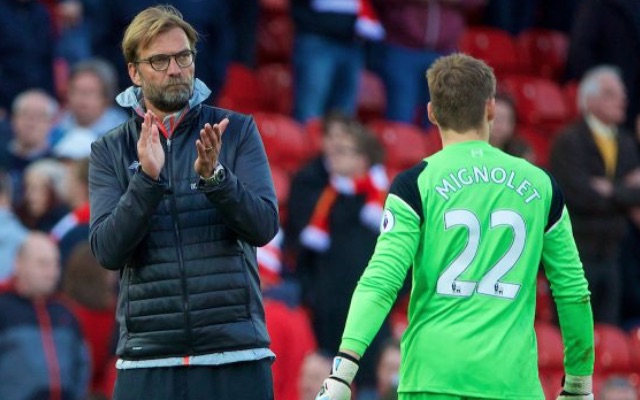 When he was at the top of his game in the Autumn of 2015, having claimed another US Open, Novak Djokovic still had time for contemplation of what makes success either a reality or always just out of reach.

Liverpool felt fear on Sunday. That much was clear. But rather than keeping an eye on it, like an unwelcome guest, they let it gatecrash the joint and suck the life force out of Anfield. Fear this weekend was wearing a crown and cloak with its feet up, eating a Big Sam Nandos, revelling in the next reckless Dejan Lovren lunge or erratic Emre Can shot. It couldn’t infect Phillip Coutinho, but the Brazilian 10 couldn’t save the other Liverpool 10. They were one step behind in both thought and action. England’s former World Cup rugby winning coach Cive Woodward had a phrase, TCUP – Thnking Clearly Under Pressure. Liverpool fans might want to replace the “Clearly” with “Chronically”.

Around about the same time Djokovic spoke of the difference between winning clutch points as they say in tennis parlance, Jurgen Klopp suffered his first defeat as Liverpool manager. The opponents were Crystal Palace. The scoreline was the same as Sunday. The general time of the winner was the same and again followed sustained periods of Liverpool pressure. The premature exit of Liverpool fans was the same, even though there was the added enticement of six minutes of injury time. The dead atmosphere was the same. April 23, 2017 was the day that those doubters that Klopp is working on turned on their heels and didn’t want to believe, thank you very much.

When Scott Dann sored that 82nd minute winner in November 2015, the German could not believe the lack of faith in the cathedral.

He said: “After the goal on 82 minutes, with 12 minutes to go, I saw many people leaving the stadium. I felt pretty alone at this moment.

“They have reasons [for leaving] and maybe it is easier to go out, I don’t know. Don’t make a big thing about this but we are responsible that nobody can leave the stadium before the final whistle because anything can happen.”

It didn’t feel that way against Palace. The cathedral is bigger, but then there is even more scope for a kind of emptiness when faith is stretched to the limits. After Christian Benteke scored his second goal, there was not even the merest hint of a fightback. There should never be anything that is inevitable in a football match, but this was something that needed more than a “few words with the boys” as Klopp suggested afterwards. There were a number of contenders for the psychologist’s couch.

Early in Klopp’s tenure, this is a problem that could be worked upon with vigour. Not long after the Palace defeat in his second month in charge, the German got the players to join hands and bow to the crowd in a connective charge after a late equaliser against West Brom at Anfield. Some scoffed at such a show, but Liverpool would eventually become remorseless at home in the league, helped by a more positive passion and a real focus on a title challenge this season. With sights rearranged after a dreadful January, the nerves at the Kop have now returned as the top four takes on an inflated importance.

Ponderous would not even begin to explain the recent performances against Burnley, Bournemouth and Palace. The Reds managed to dig out an ugly win against Sean Dyche’s side, but there is a real unease in the crowd, a knowledge that all home games are going to go to the wire. It was extraordinary to see Klopp revert to three at the back against the Cherries when leading 2-1 this month. The sterility is catching.

After recovering their poise with two tough-as-they-come victories against Stoke and West Brom, Liverpool lost their way again when asked those awkward domestic questions, such as: “Can you break us down?” They can’t. The crowd know it. It was only Coutinho’s brilliant feet that were worth watching. Liverpool were stifling themselves. Even the uncomplicated James Milner forgot to pull the trigger when well-placed. Feel the Fear and Do it Anyway? No chance. It’s easier to not make a decision.

As Lallana, Henderson and Mane watch from the sidelines with increasing frustration that all their hard work might result in Thursday nights out, the issue now becomes one that cannot be ignored. Liverpool must have the courage to face up and save the season in a straight shoot out with deeper squads and their own psyche. They have to muscle their way in if dancing through defences “is not allowed” as Klopp might say.

There is a way out of the mental mire. If the Reds can overcome three of the next four opponents and that biggest one of all that begins with f, then there might still be a shiny blue sky beyond the cloud. As Djokovic says: “The first thing is to make sure you are in the moment.” This is Liverpool’s moment alright and they are aching for the line way too early.

Once upon a time, trophies were the reason Liverpool existed. Forget about silverware now. Liverpool are far too stressed out contemplating a shot at the Champions League to even care about shiny pots. Squeaky bum time has a very low threshold at Anfield.