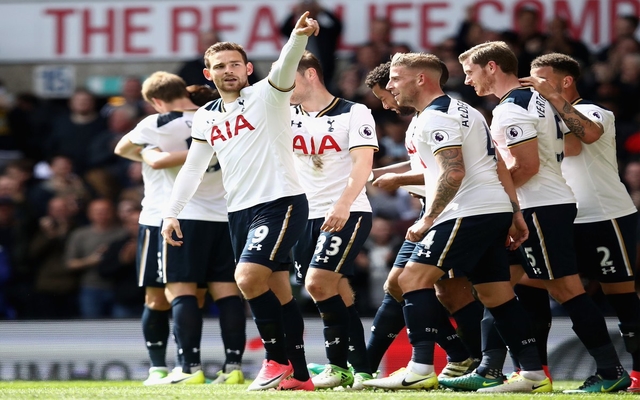 Lazio are reportedly considering making a summer move for Tottenham striker Vincent Janssen after a troubled first season in England.

The Dutchman has been in torrid form over the campaign, scoring just six goals in 35 appearances in all competitions, only recently scoring his first Premier League goal from open play.

As noted by talkSPORT, Spurs spent £16m last summer to sign him from AZ Alkmaar, and ultimately he has failed to offer depth and goals behind Harry Kane.

It’s claimed in the report, via Corriere dello Sport, that the north London outfit could now be given an opportunity to offload him as Lazio are keen on taking him to the Stadio Olimpico as they continue to chase a spot in the Europa League next season.

Simone Inzaghi has done an excellent job at the helm for the Biancocelesti, but it’s questionable as to whether or not this is a sensible move.

Nevertheless, it’s suggested by reports in Italy that Janssen could be available for around £12m, which would result in a £4m loss for Tottenham.

It may well be one that Mauricio Pochettino is willing to take, as ultimately if he wants to compete for major trophies moving forward, he’ll need more firepower in his squad that can be a reliable source of goals.

Time will tell if a deal is made this summer, but there will of course be the counter argument that Janssen may well improve in his second season in England, much like many foreign stars before him as they become more acclimatised to the league.