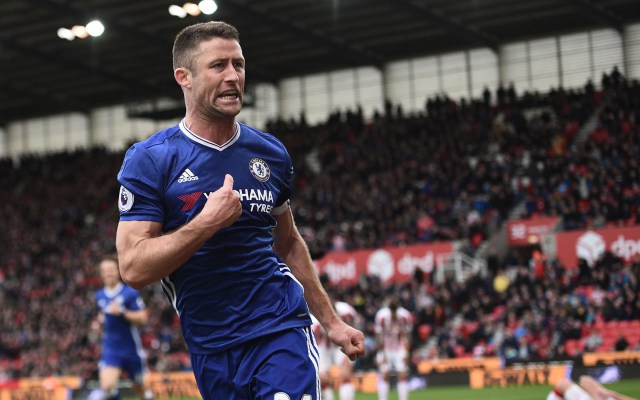 Chelsea have retaken the lead against Southampton through captain Gary Cahill.

The Premier League leaders were given an early advantage through Eden Hazard, who fired into the bottom corner of Fraser Forster’s goal early on. The Saints were not going to roll over for the champions-elect, however, and drew level through former blue Oriol Romeu.

Chelsea are back ahead once more now, with captain Gary Cahill stepping up at his side’s time of need. He really put his body on the line for this one, Diego Costa almost took his head off.