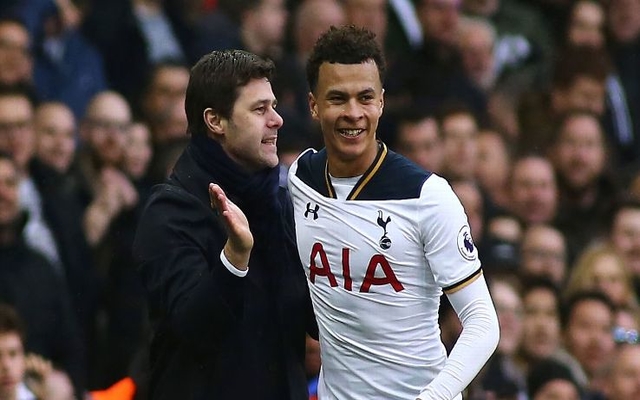 Former Barcelona midfielder Xavi has insisted that he never spoke to The Sun, who earlier this week published a story suggesting he knew Pep Guardiola wanted Tottenham ace Dele Alli.

According to The Sun, the legendary Spain international had claimed that his former boss Guardiola wanted Manchester City to sign the 21-year-old this summer, and would be willing to break the world transfer record to make it happen.

To make matters worse, Mauricio Pochettino addressed the article this week and called Xavi his “enemy” given their history between Barca and Espanyol. While the Argentine tactician was said to be jokingly making the suggestion, he surely wouldn’t have appreciated such comments.

Turns out that Xavi didn’t even say it. As reported by Sport, the veteran midfield ace has insisted that he never gave an interview to The Sun, and he certainly never spoke about Alli and so couldn’t have possibly discussed possible interest in him from City.

Naturally, this will be a major boost for Spurs as they could do without ongoing speculation over their best players leaving the club as ultimately all it will do is rock the boat and potentially unsettle certain individuals.

In turn, Pochettino will likely appreciate Xavi coming out and clarifying the situation, while it’s unclear where the Sun got their quotes from if he insists that no such interview was done and no such comments were made.

It remains to be seen whether or not this situation rumbles on, but what is clear for now is that Xavi is adamant he didn’t talk to the newspaper, Tottenham will be desperate to keep Alli for many more years and Guardiola will certainly need to strengthen his squad this summer having endured a difficult first year in England. The rest is up for debate.