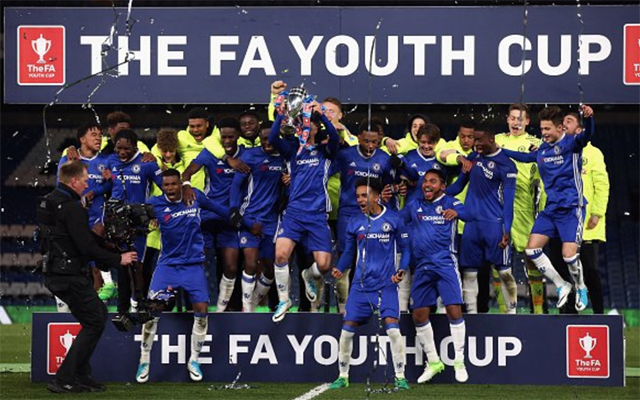 The scores were level heading into tonight’s game at Stamford Bridge, after the first-leg finished in a 1-1 draw. The Blues proved tonight, however, that they were head and shoulders above City, and any other youth side around.

Chelsea U18s defeated Man City U18s 5-1 and were crowned FA Youth Cup winners once again. Here’s the video of the Blues starlets lifting the trophy, I wonder if we’ll ever see any of them lining up for the first-team. It is Chelsea we’re talking about, so probably not.

Congratulations to @ChelseaFC on their #FAYouthCup victory over @ManCity tonight. Time for the ? lift! pic.twitter.com/UbntvB540P