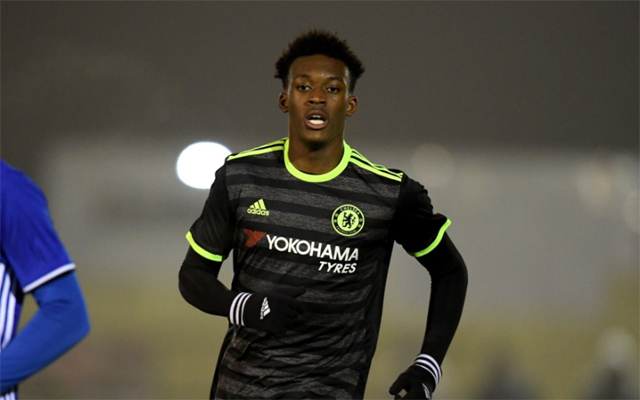 Callum Hudson-Odoi has followed Ike Ugbo’s example and scored a stunner of his own in the FA Youth Cup final second-leg at Stamford Bridge.

Ugbo scored a fantastic acrobatic goal in the first half to extend the Chelsea youngster’s lead. That advantage was cut by Manchester City starlet Lukas Nmecha, but the Blues are out of sight once more now.

What an emphatic finish this is from Hudson-Odoi. You could put three goalkeepers between the sticks and they wouldn’t stand a chance.